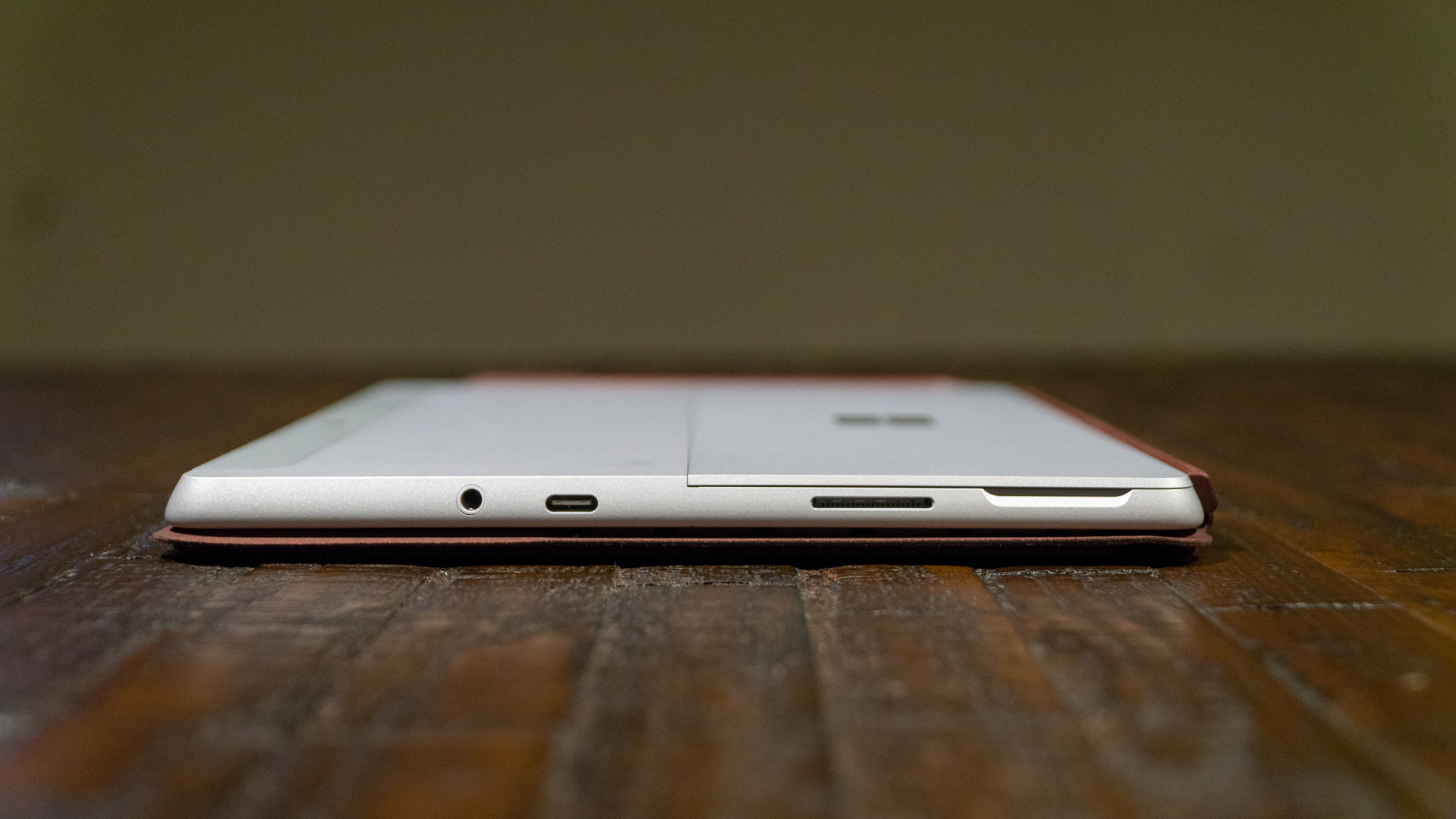 Microsoft’s presumed Surface Pro 7 could take the product line’s accolades to the new level with the long-awaited inclusion of a USB Type-C port, based on details in a patent discovered by Windows United and shared by HotHardware.

Microsoft’s Surface Pro hybrid laptops have received high praise for years, often landing among the best Windows tablets on the market. Even the company’s budget Surface Go scores high marks. The inclusion of this modern connectivity standard could take it to the next level.

As good as the Microsoft Surface Pro 6 is in most regards, its port selection is a serious black eye for the tablet. The Mini DisplayPort is fine, but the USB-A connection is offering seriously dated USB 3.0 speeds.

When it comes to charging and using more peripherals, Microsoft has a proprietary connector called the Surface Connect port.

The connector isn’t our favorite, as faster speeds for peripherals and all charging require special accessories that will only work with Surface devices. A switch to USB Type-C would actually be a dramatic improvement.

USB Type-C is not only convenient because of its reversible nature, but also because of its versatility. The connector can handle incredible speeds, it meets the latest USB speed standards and it can go even faster if Microsoft incorporated Intel’s Thunderbolt 3 or jumps to USB 4.

In addition to simple transfer speeds, the port can also serve as a connector for USB hubs, so users could connect numerous devices. And, at the same time, it would be able to handle charging. And, all of that would be possible through USB-C hubs from manufacturers other than just Microsoft.

Beyond the exciting new port, the patent also describes a new magnetic system in the Type Cover that could help it stay in position when it’s folded open into tablet mode. Currently, the Type Cover can magnetically stay shut, but the new model would also hold itself to the back of the tablet when open.

These features would both be quality-of-life upgrades for the next Surface Pro. But, it remains to be seen whether Microsoft will actually go ahead with them. The company has incorporated USB Type-C into the Surface Go, but it’s a little worrying how long it has already held out on the Surface Connect and USB 3.0 ports.

It’s the weekend – time to take a break from work, sit back and relax ...